The 2017 Southeast Asian Games, officially known as the 29th Southeast Asian Games. and commonly known as Kuala Lumpur 2017 is a Southeast Asian multi-sport event that will take place in Kuala Lumpur, Malaysia from 19 to 30 August 2017, with 404 events in 38 sports to be featured in the games. This will be the sixth time Malaysia host the games and its first time since 2001. Previously, it also hosted the 1965, 1971, 1977 and 1989 editions of the games. A colourful FIREWORKS DISPLAY Opening then erupted over the National Stadium with the crowd whipping out their smartphones and cameras to record the occasion. Spectacular fireworks light up the Kuala Lumpur night sky as the opening ceremony of the KL 2017 29th SEA Games concludes. Read more at http://www.channelnewsasia.com/news/sport/spectacle-of-lights-and-culture-officially-kicks-off-29th-sea-9138538 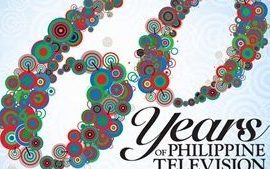